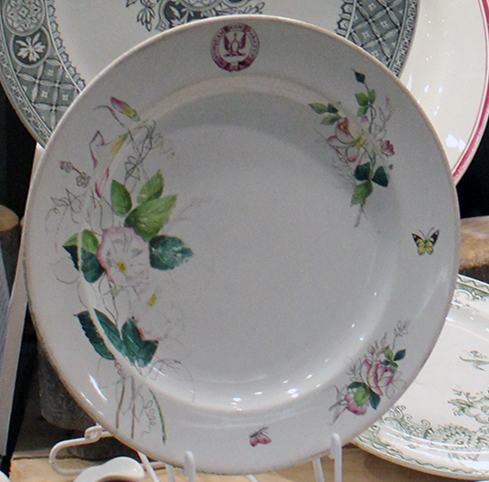 The saying goes “Every picture tells a story” in this instance it’s a plate that will tell us this story.

Some years ago, a lady from Athlone visited the Pottery and brought with her an old Belleek earthenware plate, which she kindly donated to the Belleek Pottery Museum.

The plate is earthenware with a first mark and a wild rose printed decoration hand tinted in colour. On the top edge of the plate is a crest, which had the Latin motto “Nunquam non Partis” printed on a banner. The plate has a first black mark and impressed Harp and Crown mark, indicating that it was made sometime between 1863 and 1884 during the tenure of the first Belleek company David McBirney & Co. It would have formed part of a complete dinner set.

The owner was able to give some background information on the plate. An elderly woman who lived in the Knader area between Belleek and Ballyshannon gave it to her. She had used it for many years to feed her cat- thus the worn condition, -so many cat licks! The woman, her employer, gave her the plate and she lived in a “big house” in the vicinity.

The crest was  intriguing  and  we would try and find out some more information about the plate and where it may have come from.

The district between Belleek and Ballyshannon along the course of the River Erne underwent a major transformation in the early 1950s when the Erne Hydro-Electric Scheme was undertaken with the building of two dams. Thousands of acres of farmland were flooded and the many fishing lodges and mansions along the course of the river were demolished to make way for the large artificial lake built behind the dam at Kathleen’s Falls, called Lough Assaroe

The Latin “Nunquam non Partis” meaning “never unprepared” happens to be the motto of many families including the Johnston family. However in this instance we were able to make the connection with a Johnston family who lived in a stately home near Ballyshannon called “Laputa” 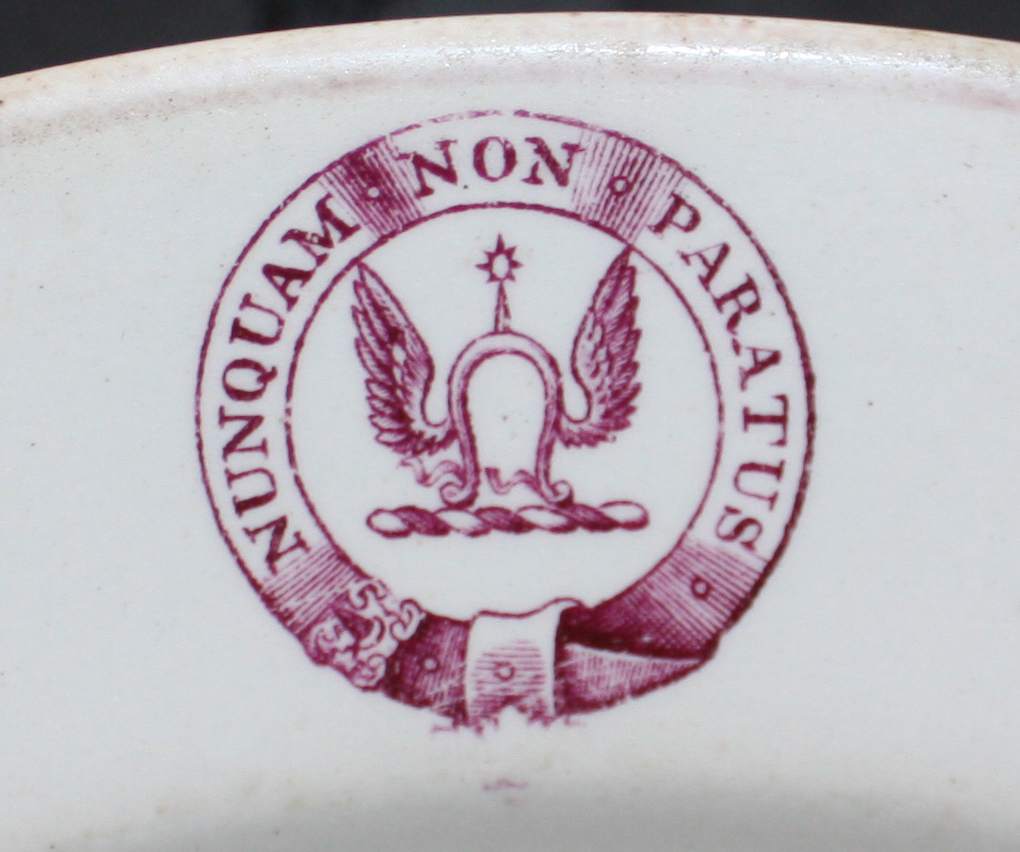 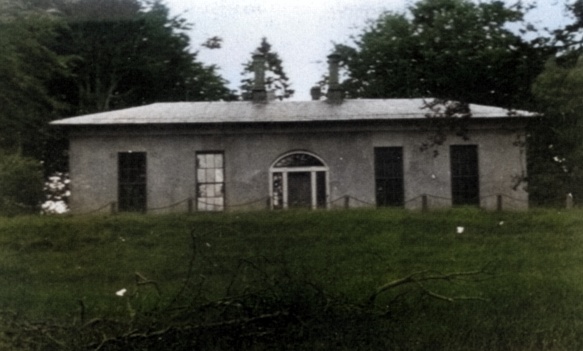 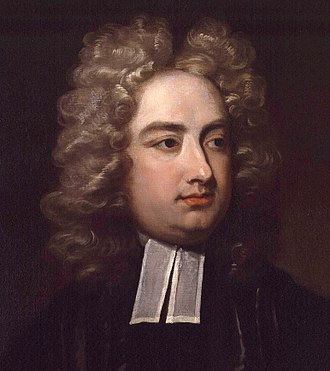 Laputa House was a large house set in grounds on the north bank of the River Erne close to Ballyshannon. The house was built during the 18th Century on land belonging to William Conolly, of Castletown House in Celbridge, Co Kildare, Speaker of the Irish House of Commons and the major landowner in the Donegal parish of Kilbarron, owning several thousand acres. His summer residence was at the nearby Cliff House overlooking the Cliff falls on the River Erne Dean Swift was a regular visitor to Laputa, it is said that it was here he wrote ‘Gulliver’s Travels’. taking inspiration from the name of the place  for the name of the little people of Lilliaputia.

In Piggott’s Directory of 1824, George Johnston, whose occupation was given as an attorney, is leasing the estate and house from the Conolly family.

His son, also called Robert was born in Laputa House in 1872. This Robert Johnston played Rugby for Ireland in 1893 and later toured South Africa with the British Lions in 1896. Two of his brothers also played international Rugby for Ireland. He stayed in South Africa and won a Victoria Cross for bravery at the battle of Elandslaagte in 1899 during the second Boer War. 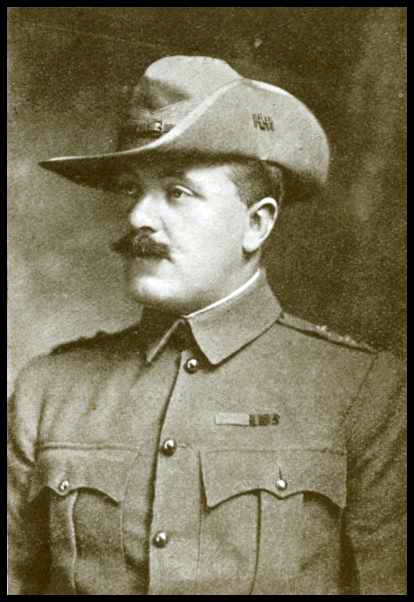 Sometime in the 1870s the Johnston family left Laputa and may have moved to Dublin where Robert continued work as a Queen’s Council, returning to Laputa from time to time -perhaps leaving behind the crested dinner set or at least this one plate because by 1880, Dr Simon Shiel of Ballyshannon is leasing Laputa from the Conolly estate. In the years from 1880 until its demolition in the 1950s many different people lived in the house but the last people to live there were William and Nora Ramage. William Ramage is listed as a solicitor in 1941 Perhaps it was Nora Ramage who gave the Belleek plate as a gift to her employee before she left the house for the last time.

This earthenware plate is of no great monetary value- the cat licks have seen to that! But its real value is the way it has been able to tell us a great deal about the people and places that have all contributed to this particular Belleek story.